Just added to your cart

Hodinkee - The Cult of the Dreadnought

Hodinkee have published a very interesting article by Cole Pennington called "In-depth: Remembering Fricker, The Watchmaker the Drove the Internet Crazy." which features a large section dedicated to the Dreadnought PRS-2 which was made in conjunction with the German Watchmaker.

Here is the exert from the article regarding the PRS-2...

The Cult Of The Dreadnought

The Timefactors PRS-2 Dreadnought is at the top of the heap when it comes to Fricker divers.

To understand how the Dreadnought came to be, I reached out to Platts. I noticed my last exchange with him was also in 2008, during my search for a Fricker diver. I was studying abroad in England, and I asked him if it was possible to stop by to see his workshop, to which he replied, "It's not a workshop, just an office and store at the bottom of my garden!" I never made it for a visit, but as someone new to the watch world, a personal invitation from the creator of the Dreadnought was something special. The Dreadnought had earned a reputation for its originality, thanks to Platts reviving the Plongeur hands (Think Omega Ploprof), which hadn't been used since the '70s. The dial design was minimal and distinct, and the quality of the Dreadnought easily rivaled watches from the big houses. 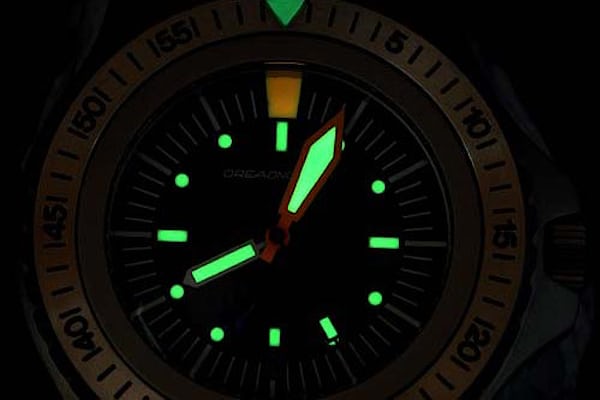 The Dreadnaought's dial layout is legible at night, too. 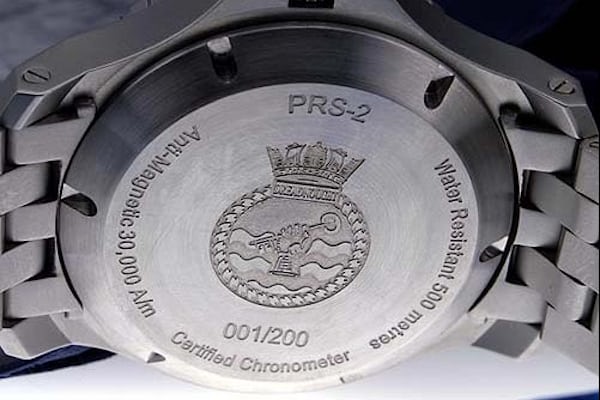 Platts said the process of working with Fricker was relatively simple: He sent them a rough design, and they helped him refine it. Along with the design, he provided an exacting set of specifications for the watch to meet. The initial Dreadnought model sold out quickly. Only 200 were made, and today, they fetch significantly more on the secondary market than their initial asking price, a rare feat for a small producer. The watch is 44mm, massive by today's standards, and 16mm tall. It weighs a whopping 242 grams, packed with an ETA-2824-2 movement that Platts had chronometer-certified by Dirk Dornblueth, a master watchmaker. 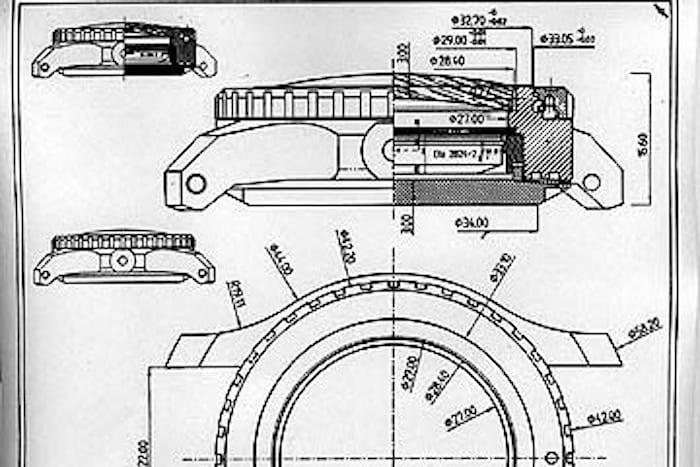 Thick cases were quite desirable in the early 2000s.

The watch had a presence on the wrist that was extremely desirable in the 'aughts; it was large and chunky, and it captured the horological zeitgeist of the era in exactly the opposite way that the BB58 does now. Wearability be damned. Microbrand tool watches back then were all about spec sheets with big numbers. For instance, the Dreadnought was rated to 500m water resistance. How many have actually seen those depths?

The Dreadnought was like the Soviet Union's unveiling of Sputnik: It sent everyone else to the drawing board to come up with something just as good or better. It led to the explosion of microbrands creating watches just like the Dreadnought. Ewan Wilson of Watchrama reviewed the Dreadnought in 2003, and then in 2012, he added a postscript to his initial review, concluding that, "As a watch, it is a formidable piece that spawned a cottage industry of clones, near clones, and homages," adding, "It seems to me that nearly every 'microbrand' in existence today – especially since virtually every one them seems to focus on dive watches – owes its life to the Dreadnought. It was sui generis and still carries an aura unlike anything to be made since." Even eight years later, in 2020, no watch from a microbrand has managed to do what the Dreadnought has done.

You can read the full article at: https://www.hodinkee.com/articles/remembering-fricker-the-watchmaker-that-drove-the-internet-crazy
Back to News
Use left/right arrows to navigate the slideshow or swipe left/right if using a mobile device